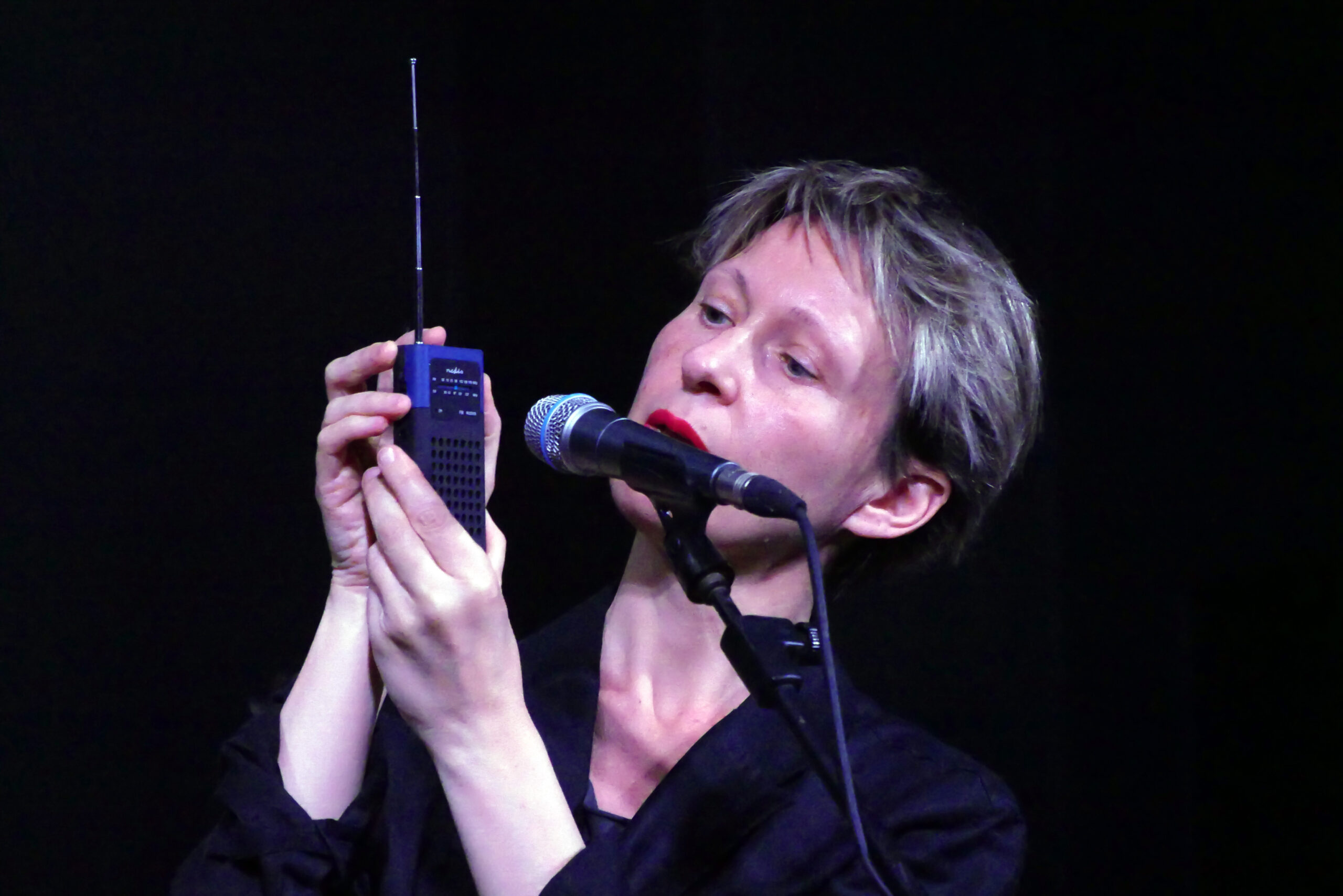 Silvia is a violinist, composer and improviser. The oral transmission of music and the form created through a deep immersion into the sound are traits of her musical research and find expression in several collaborations with composers as Éliane Radigue, Pauline Oliveros, Pascale Criton, Cassandra Miller, Martin Arnold, Pierre-Yves Macé, Philip Corner.
Her projects are released by I dischi di Angelica, Unseen Worlds, New World Records, Potlatch. Her concerts have been recorded and broadcasted by BBC Radio and France Musique.
She performs regularly in festivals and venues in Europe, North America, Canada, Mexico.

She has been working with the French composer Pascale Criton since 2010 on the technical and expressive possibilities of a violin tuned in sixteenths of tone. From this research comes Circle Process for microtonal violin, which was presented at numerous international festivals and venues as the RedCat in Los Angeles, Center for new Music in San Francisco, BBC Tectonics Festival in Glasgow, London Contemporary Music Festival in London, Musique Action Festival in Nancy, Biennale Musica in Venise, Ultima Festival Oslo. Circle Process was broadcasted live two times on BBC Radio. Other pieces have been created by Pascale Criton starting by this first collaboration: Bothsways for violin and cello (Deborah Walker), commissioned and broadcasted by France Musique, Process for quintett (Dedalus), Thresholds, for string trio (Eyvind Kang, D.Walker), Soar, for violin, cello and ondes Martenot (Nathalie Forget, D. Walker), Soar II for 3 voices, violin and cello (Song Circus, D.Walker).
Circle Process is featured in Virgin Violin (I dischi di AngelicA, 2014)
Bothsways and Process are featured in Infra (Potlatch, 2017)

Since 2011 Silvia has also regularly collaborated with Éliane Radigue, becoming one of the main interpreters of her compositional cycle Occam Océan for acoustic instruments and creating numerous works ranging from the violin solo Occam II to chamber music, performing with many of Éliane’s interpreters (whom she calls her knights!) as Deborah Walker, Julia Eckhardt, Carol Robinson, Dafne Vicente Sandoval, Enrico Malatesta, Rhodri Davies, Angharad Davies, Nate Wooley, Louis-Michel Marion, Dominic Lash. In 2019 she was commissioned by Sacrum Profanum Festival (PL) the absolute first transmission of a composition by Éliane Radigue to another performer, the illustrious violinist Irvine Arditti.
Occam II, for violin is featured in Virgin Violin (I dischi di AngelicA, 2014)
The album OCCAM OCÉAN 3 featuring music for string trio, duo and cello solo was released in 2021 by French label SHIIIN.
After a gradual process of exchange and research on sound with French composer Pierre-Yves Macé, in 2021 has been premiered Frayages, for violin and loudspeaker.

Working collaboratively over several years, Silvia Tarozzi and Cassandra Miller have developed a personal and unique way to create music together. Their compositions are not notated, but devised and learned, through a long interchange of experiments in embodied music making. The resulting performance lies between improvisation and aurally-transmitted folk music, and is made for sharing with audiences in spaces of deep listening. They titled their project A way to begin and it’s conceived as a work in progress which develops as a playground and research space for their friendship. In 2018 they performed their first collaborative piece, So close, for violin, voice and pre-recorded tape, in Huddersfield University. In 2016 Cassandra composed for Silvia the solo piece Serenata, for violin and voice. In 2022 they performed together with BBC Scottish Symphony Orchestra their second collaborative piece, Bismillah meets the Creator in Springtime a commission of Tectonics Festival Glasgow. The concert was recorded and broadcast on BBC radio 3.

Silvia started composing and improvising at the same time, starting from her experience as an interpreter and through a process of opening up to more creative musical approaches. In 2009 she began to write songs inspired by italian poetress Alda Merini which became an album released in 2020 by Unseen Worlds, Mi specchio e rifletto.

In 2022 the same label released an album of compositions and reinterpretations of folk choral songs of Italian region Emilia-Romagna, that she elaborated with cellist Deborah Walker, Canti di guerra, di lavoro e d’amore.

Since 2010 she performed her own music in projects with video makers (Supermamie by Thomas Mailaender), dancers (A blue coat, with Teri J.Weikel, Donc by Sylvain Groud), actors (L’uccello di fuoco by Chiara Guidi, with Massimo Simonini).
In 2018 she was invited as a composer to the Banff Center for Arts and Creativity in Canada, to participate in the residency The Creative Gesture – Collective Composition Lab for Music and Dance.

She has been in a duo with Italian cellist Deborah Walker for about 20 years. They are the recipient of music by Éliane Radigue, Pascale Criton, Philip Corner, Tim Parkinson but they also feature their own compositions and they are both improvisers. The distinctive feature of their music is a mix of a timbre research on their istruments, the use of voices, melodic elements inspired by north italian traditional singing, research on microintervals and more. In 2017 they released with Unseen Worlds EXTREEMIZMS, early and late a cd dedicated to Philip Corner’s music featuring the composer on piano and Rhodri Davies on harp.
The duo worked on original music inspired by their region’s folk songs Canti di guerra, di lavoro e d’amore that they performed at several contemporary music festivals in Europe and Mexico and which became an album in 2021.

Silvia has been the violinist of the French ensemble Dedalus since 2006. The ensemble has commissioned and recorded new pieces by Christian Wolff, Alvin Lucier, Phill Niblock, Jürg Frey, Michael Pisaro, Sébastien Roux, Catherine Lamb, Éliane Radigue and many others.

Since 2011, Silvia co-conduct the activities of a children choir, the Piccolo Coro Angelico. This project focuses on vocal research and experimentation, bringing children to an open and creative approach to music since the beginning of their musical experience. The choir is part of the Scuola di Musica Angelica and based at AngelicA Centro di Ricerca Musicale in Bologna (IT).