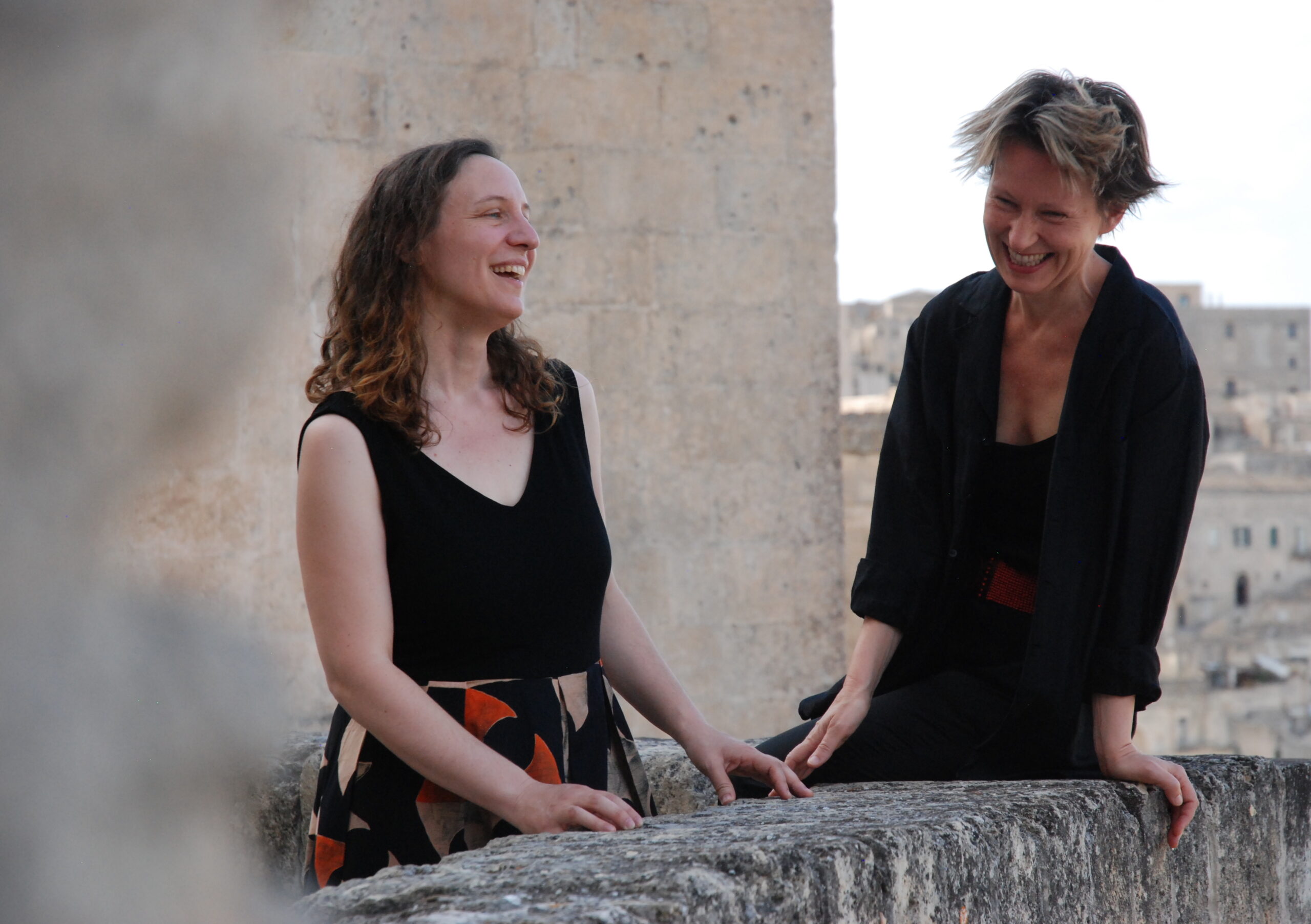 For several years we worked on transcriptions and reinterpretations of traditional folksongs from our birthplace, the Emilia-Romagna region in Italy. One of the strongest influences was the repertory of choirs of female rice-field workers, the “Mondine”.
In our music, the songs emerge through sounds far from tradition, rooted in contemporary musical experimentation. Touched by the evocative power of these female voices and the strength of their community life experience, we sketch an emotional territory where our relationship with the geographical coordinates and the history of the region Emilia resonates with other sounds, other places.

Coralli is an electroacoustic solo conceived as a polyphony. Canons of voices, fragments of Indian alap, field recordings, toy zither participate in the construction of sound structures, partly composed and partly improvised. Coralli is also a game of assonances that recalls the chorus, the chorality, the paradox of the solo.

In a sort of improbable karaoke, the acoustic instruments, violin, classical guitar played slide and voice, interact with pre-recorded sounds, mixed and composed to create orchestrations and arrangements.

Some songs punctuate territories where improvisation is free from preordained structures and as road signs indicate the stages of a sound journey that ranges from folk atmospheres, experimental pop, repetitive and concrete music 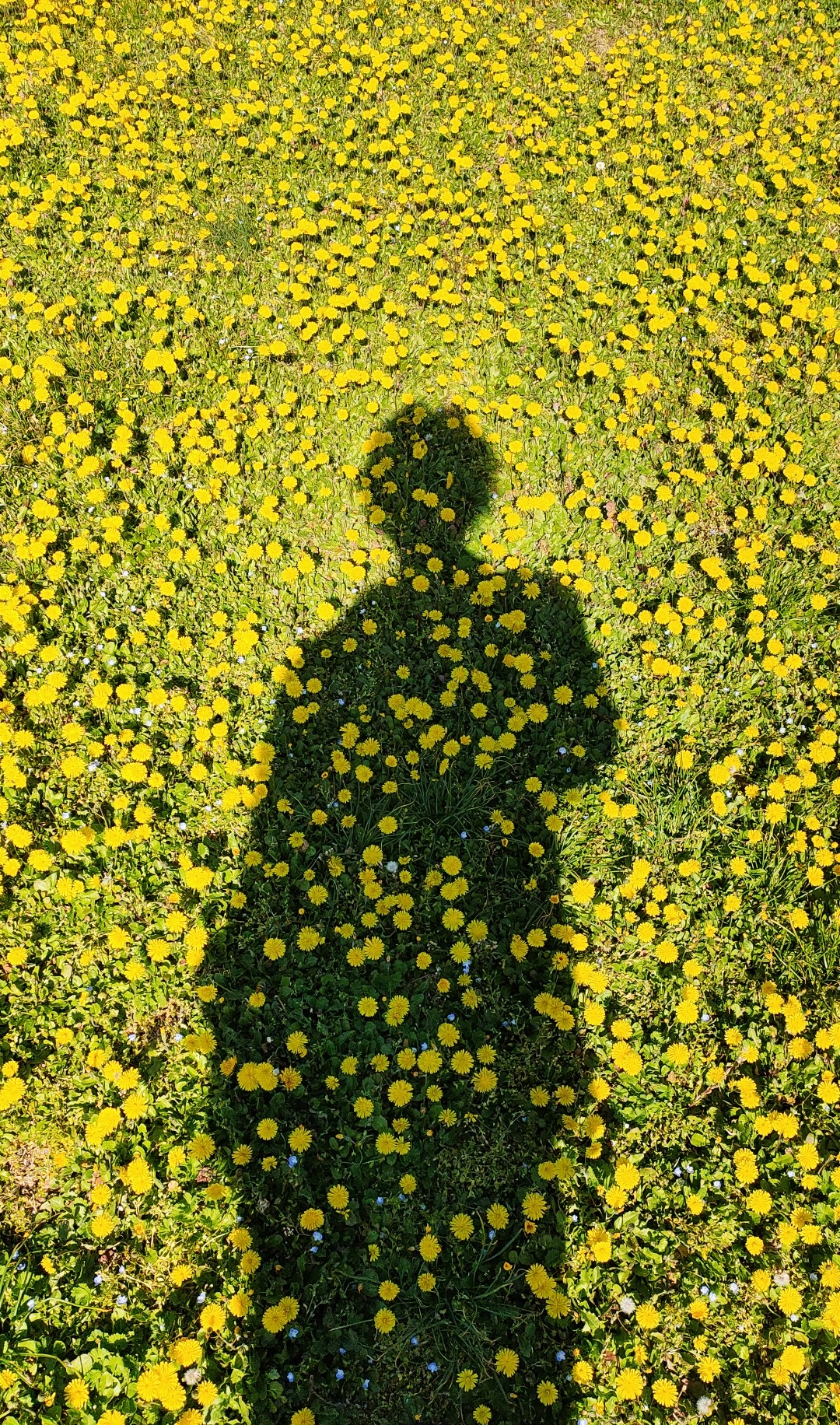 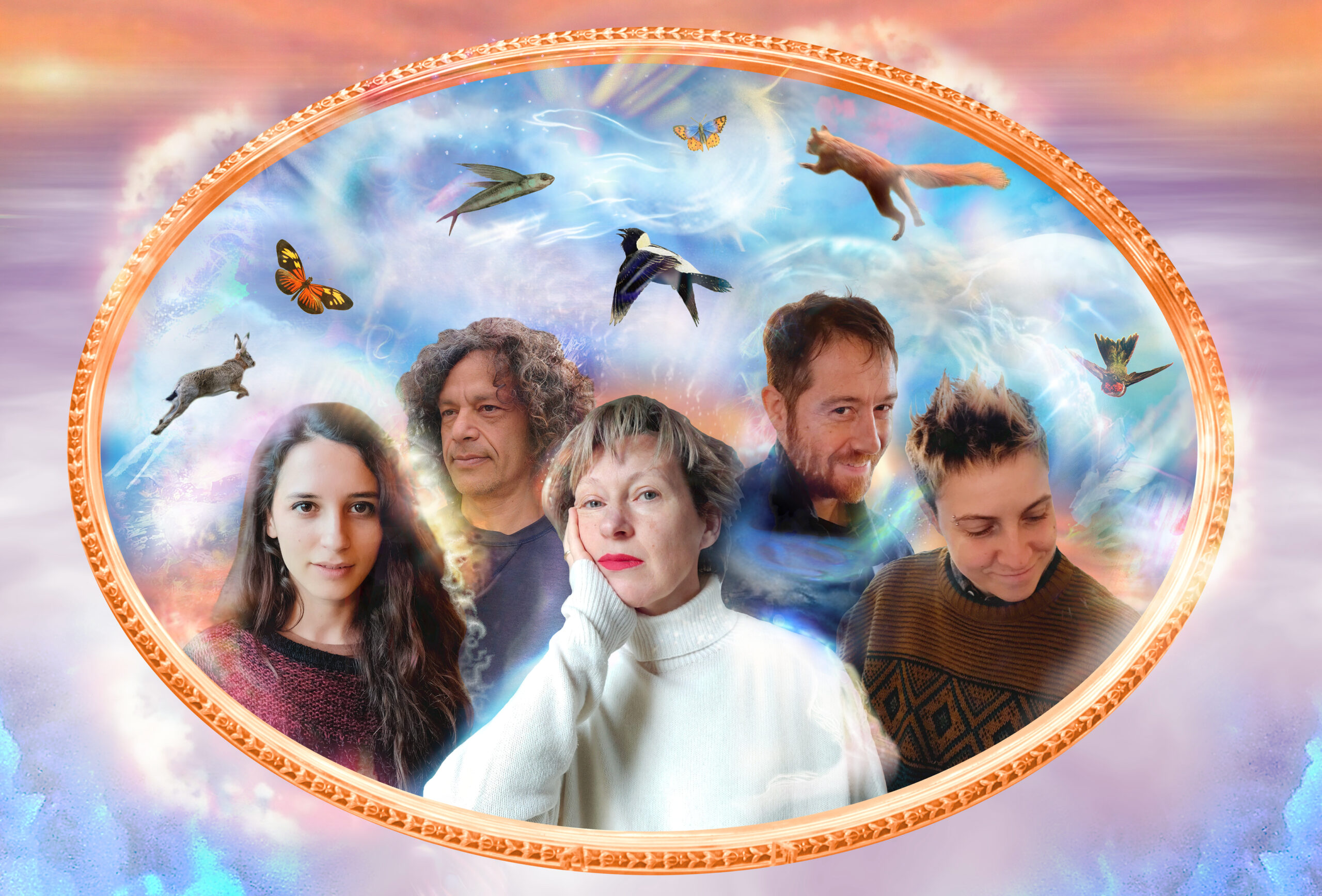 I started to compose the songs included in this project many years ago, inspired by a book of poems by italian poetress Alda Merini.  The rhythm and sound of her poetry and her special voice suggested to me a musical translation. For copyright reasons I could not keep her poems, so I decided later to keep the music and start by that to compose my own lyrics. The poetress is still present, as a subtle and underground track that guided me away.
The music of the album Mi specchio e rifletto is now performed live, featuring a band of wonderful musicians: Valeria Sturba (voice, violin, theremin, toys), Stefano Pilia (baritone guitar), Cecilia Stacchiotti (synth, keyboard, voice, bansuri flute), Edoardo Marraffa (tenor and sopranino sax), and myself (voice,violin, guitare, toys, objects).

a way to begin

Working collaboratively over several years with Canadian composer Cassandra Miller we have developed a personal and unique way to create music together. Though, by trade, I’m mostly a performer and Cassandra a composer, our two roles merge in an equal exchange of actions and ideas. Our compositions are not notated, but devised and learned, through a long interchange of experiments in embodied music making. These interchanges often begin with pre-existing songs or favourite improvisations, which are then transformed through “automatic singing”–a repeated process of singing-along to music while meditating. We use this process as a mindful exploration of our impulses (our gut reactions) to each other’s vocality and gestural physicality. The resulting performance lies between improvisation and aurally-transmitted folk music, and is made for sharing with audiences in spaces of deep listening. 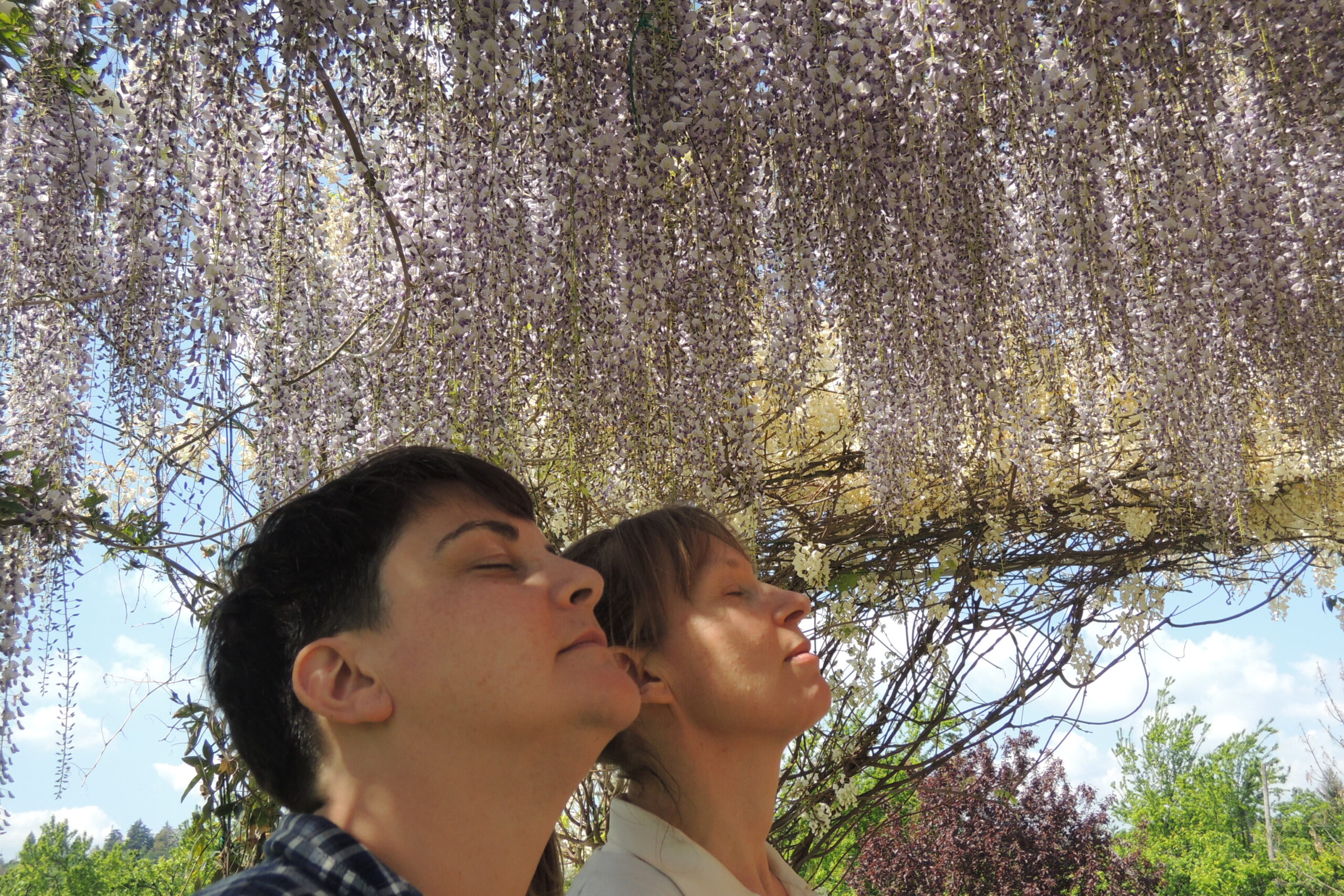 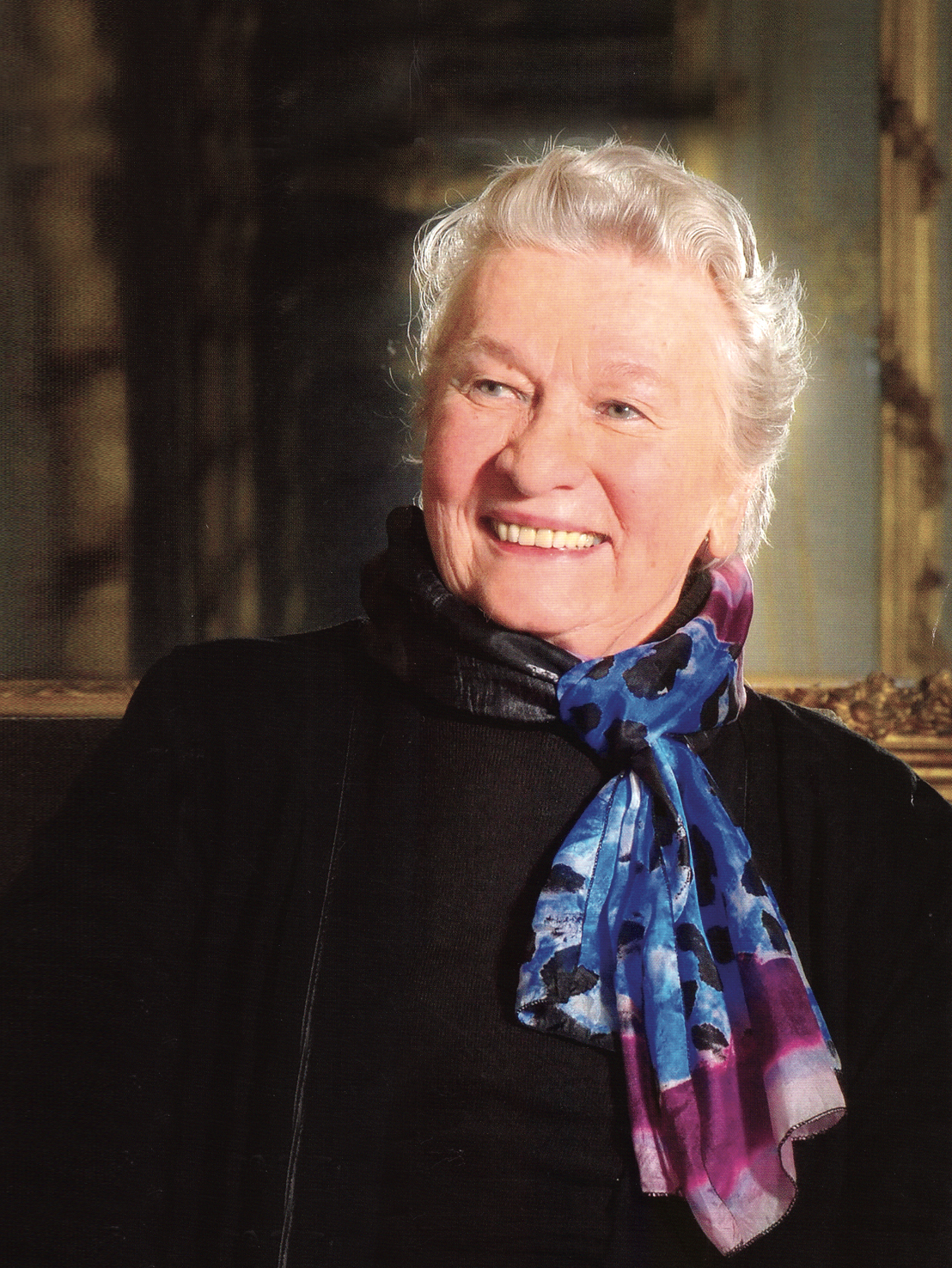 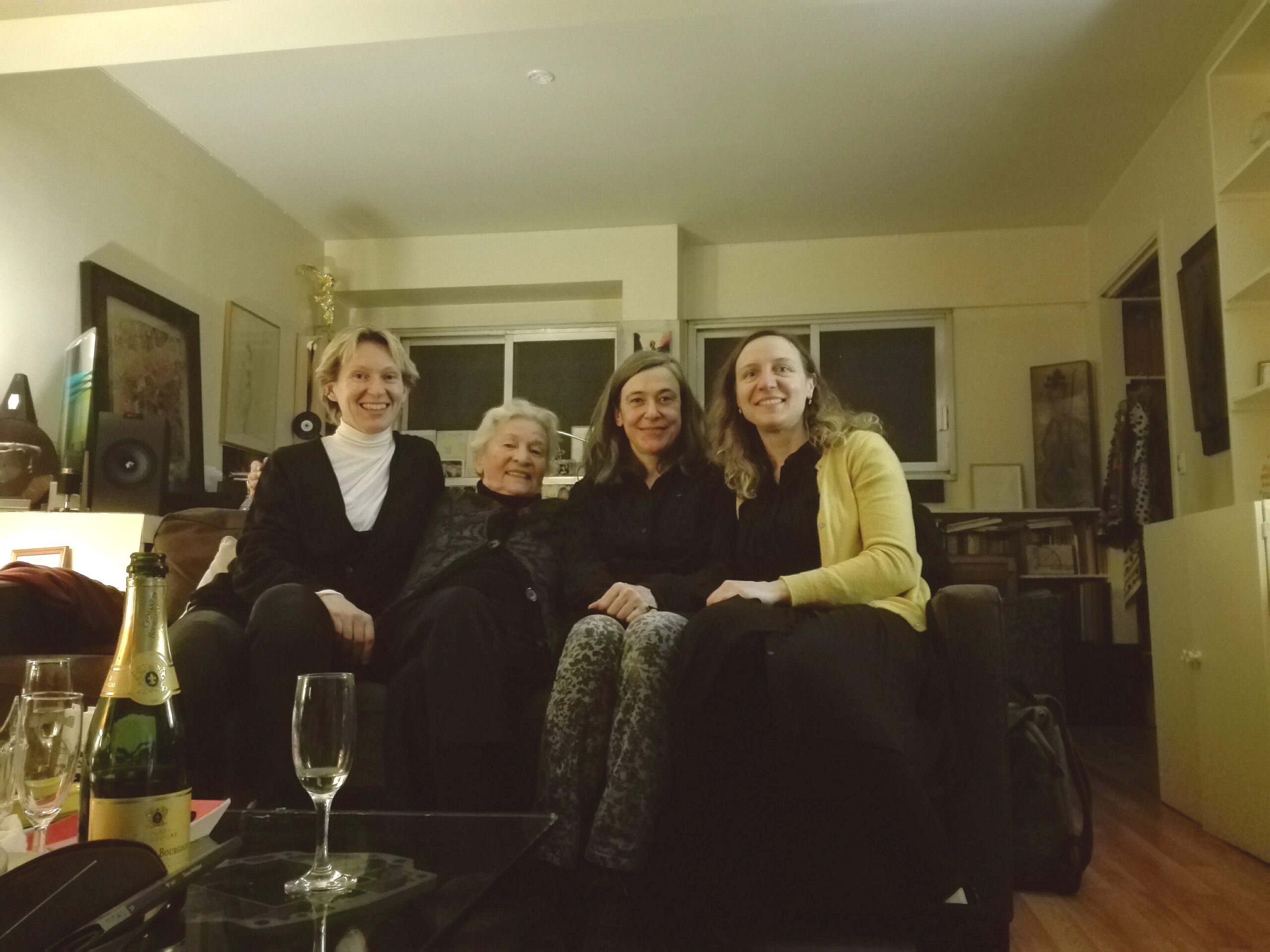 The idea for this piece was initially inspired by a large mural that I saw by chance in 1973, at the Museum of Natural History in Los Angeles. It showed the “spectrum of electromagnetic waves” moving from the largest to the smallest of known measurable wavelengths. Out of this large spectrum, there is a tiny zone from slightly less than 100 Hz to slightly more than 10 KHz that the ears of certain species populating the planet earth, have transformed into “sounds”. […] It seems in fact that the Ocean with its multiple waves allows us to symbolically be in contact with a rather large spectrum of vibrating undulations, stretching from great deep-sea swells to wavelets sparkling on a fine summer day.
Éliane Radigue
The three musicans featured in this project are among the first interpreters of Radigue’s acoustic works. Since 2011 Julia Eckhardt (viola), Deborah Walker (cello) and I were involved in her specific process of composition, which occurs through an oral and shared transmission of the music.

This program will be released soon by French label SHIIIN.

Sounding Limits features a series of compositions resulted from a long-term collaboration between the French composer Pascale Criton, Deborah Walker and me. A former student of microtonal pioneer Ivan Wyschnegradsky and spectralist Gérard Grisey, Pascale is internationally known for her use of specific tunings with minute intervals. Since the 1980s, she has been exploring sound variability, multisensory receptions and the spatialization of listening, applying alternative tunings (1/12th, 1/16th) to various instruments (violin, cello, guitar and piano) combined with computing and listening devices. Deborah Walker and I are actively involved in the fields of contemporary experimental music and free improvisation. Together with Pascale we have been exploring microtonal extended techniques and gestural processes on a violin and a cello tuned in 1/16 of a tone. The compositions that have resulted from this process are conceived as scripts. They challenge the sens of form and the attitude of interpretation, transforming it into a creative process.

Circle Process, for violin tuned in 1/16th of a tone, by Pascale Criton and Silvia Tarozzi

Bothsways, for violin and cello tuned in 1/16th of a tone, by Pascale Criton

Chaoscaccia, for cello tuned in 1/16th of a tone, by Pascale Criton and Deborah Walker 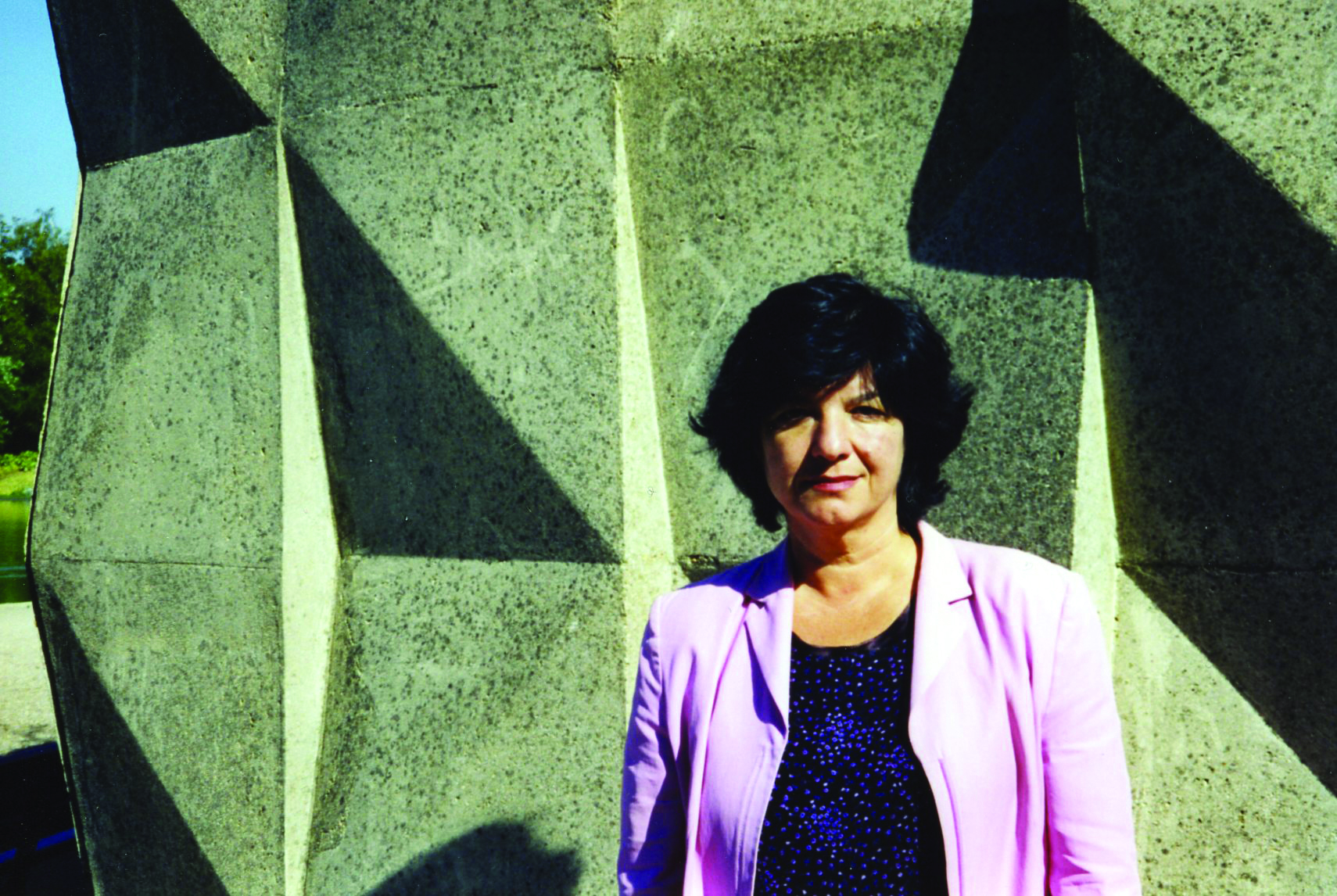 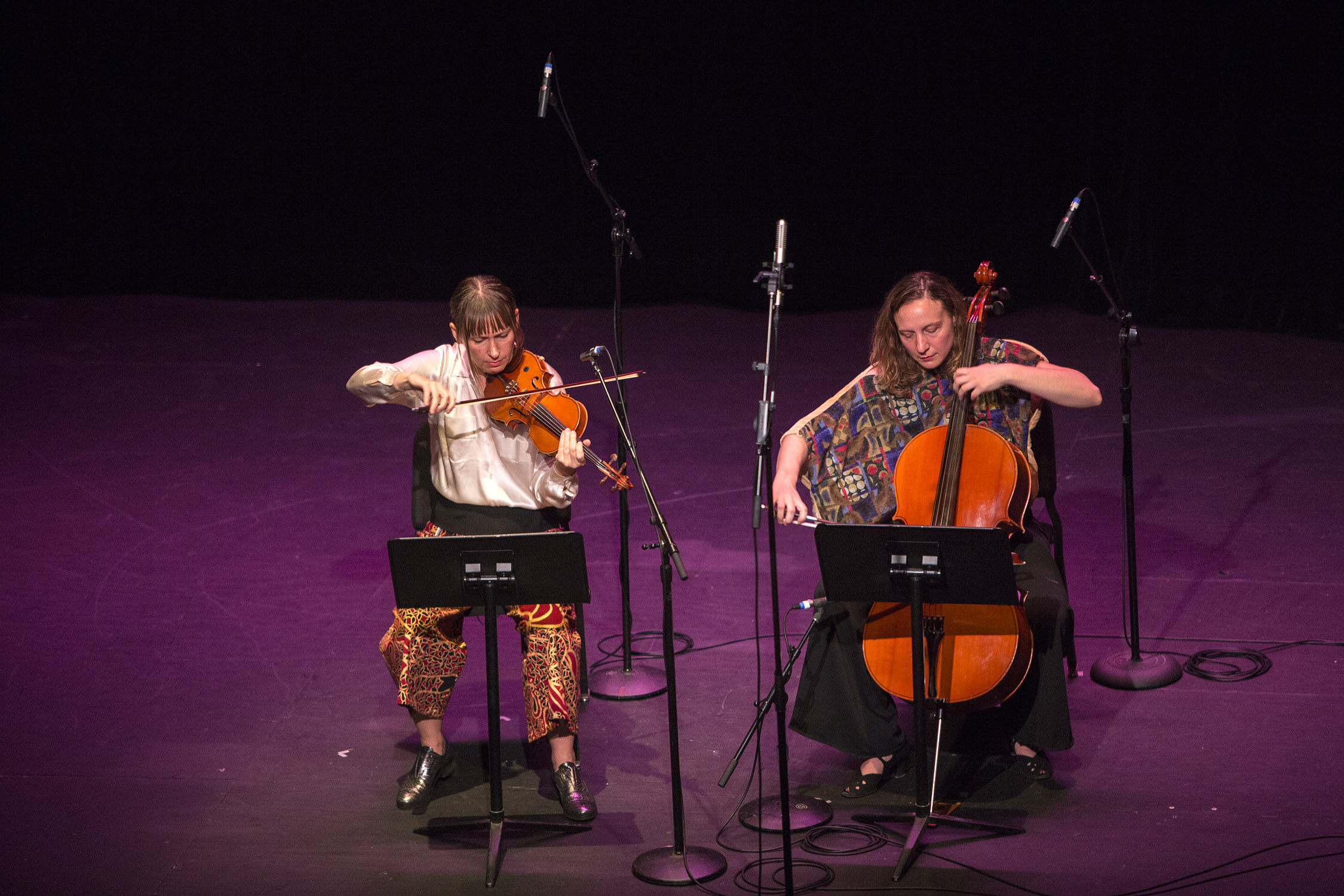 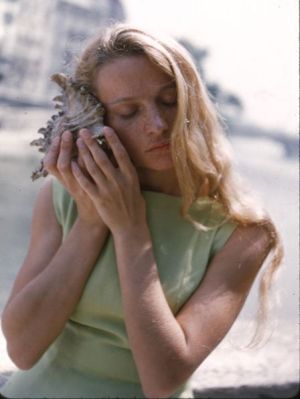 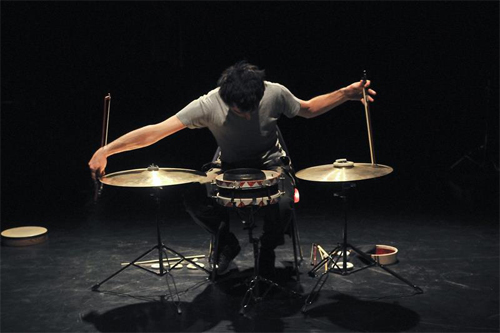 occam océan for violin and percussions

Éliane Radigue is renowned for her electronic music, in particular with the ARP Synthesizer. Her compositions are defined by micro-events due to subtle overtone shifts that dance above a seemingly static tone, with a profoundly moving result. In 2005, Radigue began composing for acoustic instruments: first Naldjorlak, her grand trio for two basset horns and cello, and now the ever-expanding Occam Ocean series, a long cycle of compositions inspired by the ocean as the most accessible way to experience the vibratory nature of the Universe. Enrico Malatesta is one of the latest musicians that worked with Éliane on a solo piece and he created a beautiful piece for two cymbals that he performed many times around the world. Our duo is a première.

The oral transmission of music and the form created through a deep immersion into the sound are common traits of the three compositions for violin featured on this program. In Circle Process Pascale Criton and I started from a hyper-chromatic violin tuned in sixteenth-tones. It’s all about looking for the gesture that makes the extreme richness of a sequence of different statuses perceivable and intelligible, in order for them to be connected with the maximum transitivity.
The textual score of Thirteen Changes: For Malcolm Goldstein (1986) by Pauline Oliveros casts, through the performer’s creativity, natural or paradoxical visions and sensorial, tactile, proprioceptive suggestions, which stimulate acoustic synesthesiae. The result is a modular combination of changing soundscapes that is more reminiscent of cinema’s approach than classical music forms.
For Occam II the spoken word suggests a guiding image and draws a path. Éliane Radigue’s music exists in time and depends on it for his form more than other music.  Éliane Radigue composes through listening, and this becomes an integral part of her music. 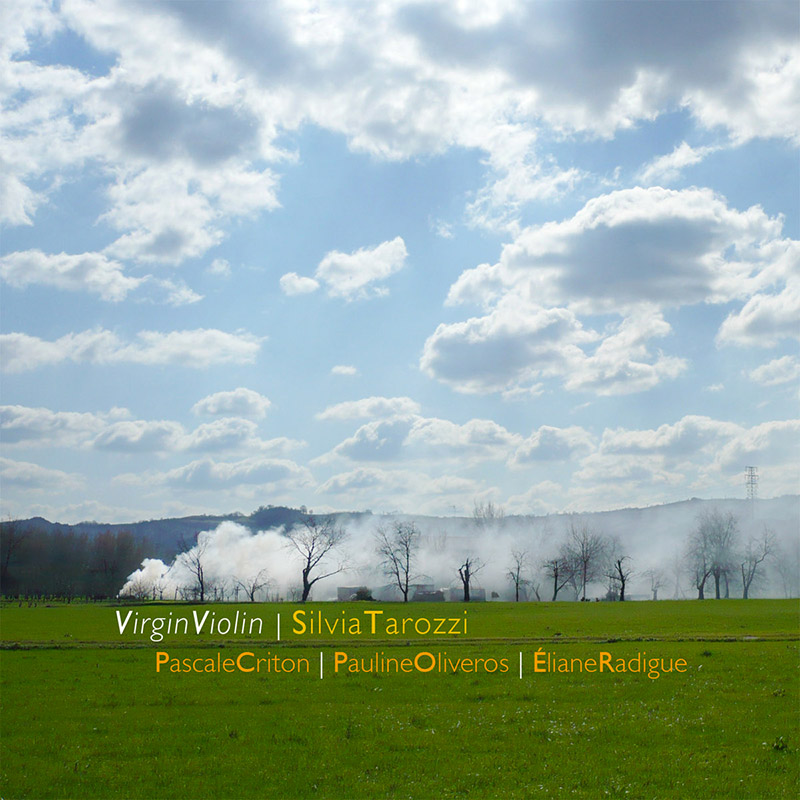 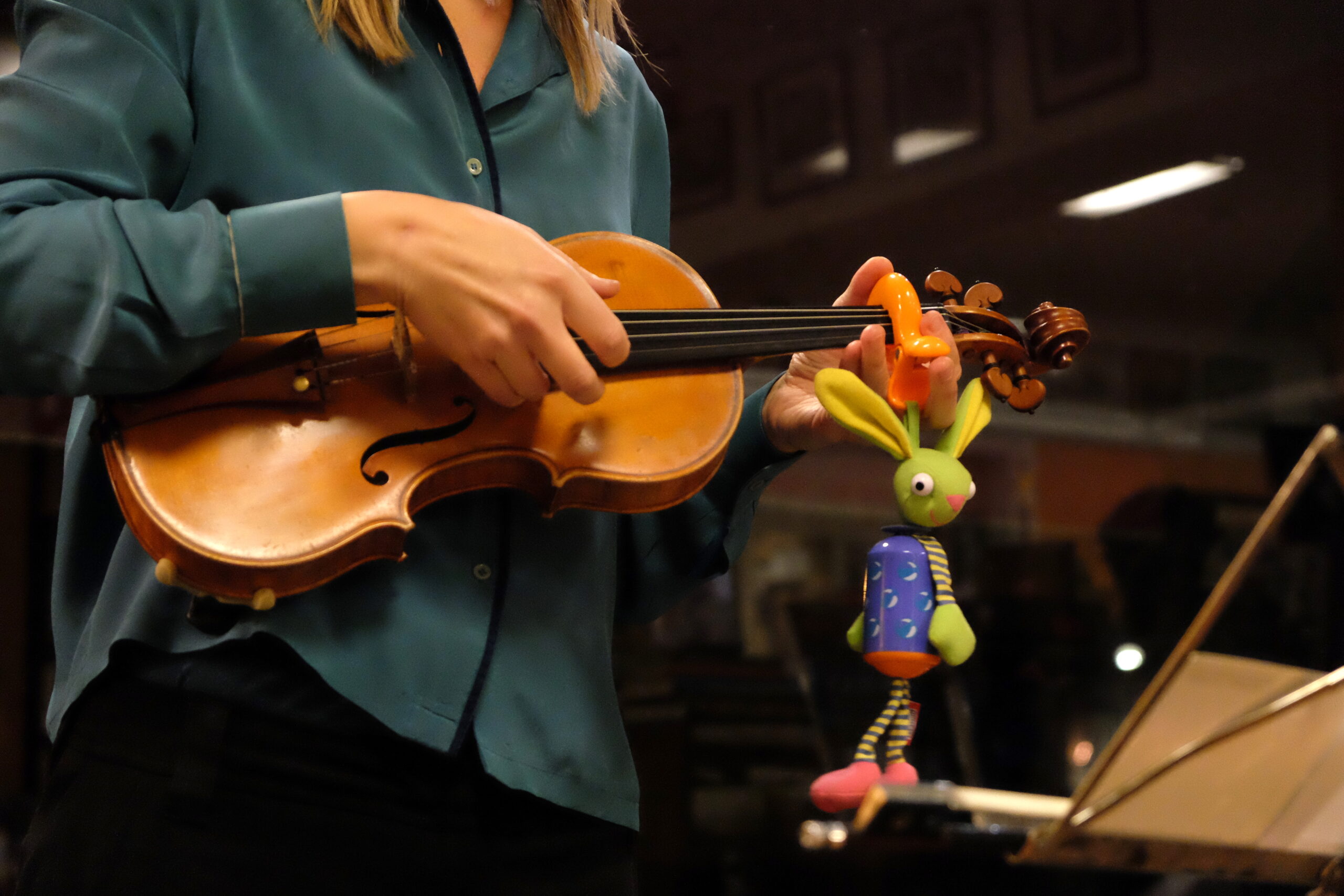